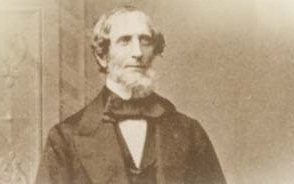 John Gardiner is remembered as the first white man to settle east of the Yarra River. He emigrated from Dublin to Tasmania in 1823 and, early in 1836, visited Port Phillip. He planned to establish a cattle station. Together with Joseph Hawdon and John Hepburn, he ‘overlanded’ with a first herd down from New South Wales. By the end of the year he was camping north of Kooyong Koot Creek – later known as Gardiner’s. He and his family were living there by early 1837 and remained until about May 1838. He also worked for the Port Philip Bank, with a house in Town and Mooroolbark station (of 6768 hectares at Yering and Warrandyte parishes). By 1839 their relatives Walpoles ran the Gardiner’s Creek Station, later as Callantina. In 1841 Gardiner revisited England. Later returning to Melbourne, and Mooroolbark with his Fletcher and Hardy relatives before leaving Australia finally in 1853. 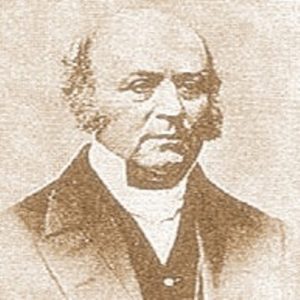 Palmer was a man of many talents. Originally a  doctor, he was  knighted as President of Victoria’s Legislative Council in 1857. He had arrived in Melbourne in 1840, was a JP in 1843, mayor of Melbourne in 1845, having diversified from medicine into timber, stone, cordial, wine, as well as local and then State politics. He was a member of NSW Legislative Council 1848, even postmaster of Mustons Creek, with a squatting station at Casamut of some 6,800 hectares. He owned land on the corner of Flinders and Elizabeth Street as a timber merchant in 1841, and also held land near the Esplanade at St Kilda, Richmond and Boroondara. He was involved with Melbourne University, Public Library, Baths, Public Hospital, Parliament House, Horticultural Society, Victoria’s Separation from NSW and was Speaker of the Legislative Council in 1851. He was responsible for the first punt across the river in 1843 and was Boroondara’s most influential pioneer. 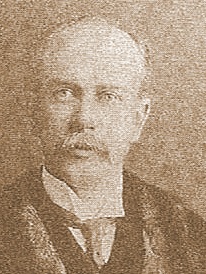 George Swinburne migrated from Newcastle England in 1886. He married Ethel nee Hamer and with four daughters lived in Shenton, 41 Kinkora Road (built for John Shenton Gordon 1890). Swinburne served on the Hawthorn Council 1898, Mayor and Member of Legislative Assembly for Hawthorn 1902, was on Melbourne University Council 1908 and, with John Monash, was founder of the State Electricity Commission 1919. He proposed a local Technical School in 1907, donating £3000 towards a first building (designed by Grainger & Little) in John Street. The College officially opened in February 1909 as Swinburne Technical College, now University. He was elected to the Legislative Council in 1928 and died the same year. Shenton became a Migrant Centre in the 1960s. Their daughter Gwen (M.A. Dip.Ed) an early member of the Historical Society, lived in Hawthorn most of her life, briefly attending Grace Park Ladies College, then Tintern and Presbyterian Ladies College. She was a member of Baden Powell Girl Guides, writing their history: Among the First People 1908-1936. 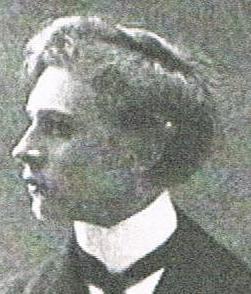 Percy Grainger was born in Brighton as George Percy, or Percy Aldridge, son of John Grainger (architect of local buildings) and pianist Rose. They moved to Hawthorn in 1888, living first at 36 Oxley Road, then briefly Carrington Street and then Rathmines Road until about 1894. Percy later toured extensively with his mother, as a concert pianist and teacher – living in London 1901-1914, and America by 1918. He returned to Australia for concert tours after his mother’s death in 1924, 1926 and then after marrying his wife Ella in 1928. The Grainger Museum was founded at Melbourne University in 1935. He and his wife returned for a last visit in 1955. The biography, Percy Grainger, the Man behind the Music, was written by Eileen Dorum, a Hawthorn Historical Society member in 1986.

Fred Williams lived with his family in the historic home Maraquita, by Tooronga Road. It was built for the Mclean family in the early 1850s, opposite Khull’s Tooronga near Gardiner’s Creek. Their homes were south of Toorak Road before it was extended across the creek by McLean’s land in 1857. Williams attended the National Gallery School and Bell School in the 1940s, sharing a studio with John Brack. Although he painted some portraits, most of his work is of landscapes with wonderful scenes of Queenscliffe, Erith Island, the You Yangs, Mount Kosciuko, Cape York and the Pilbara region. One of Australia’s most acclaimed artists, he also served on the Commonwealth Arts Advisory Board and the National Gallery Council. He and his wife were early members of the Hawthorn Historical Society, before his death from lung cancer. 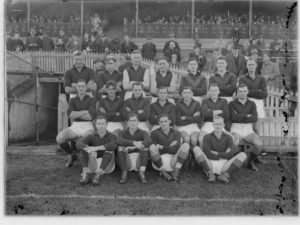 The origins of the club go back to 1873 to a founding meeting at the Hawthorn hotel with original colours described as “a white cap with a maltese cross” – it followed on to note “ that a ball was purchased and several members proceeded to Mr King’s paddock to practice, whereupon a few noses were broken and two or three dislocated, but all agreed that the ball was a great success!”  From this point the club had a number of iterations with the genesis of the modern club formed as the Hawthorn Football Club in 1893. After competing in the Victorian Football Association from 1914 until 1924 the club was admitted into the Victorian Football League in 1925. Known originally as the Mayblooms , Roy Cazaly reportedly gave them the now famous “Hawks” nickname in 1942. The Hawthorn club has won a total of 10 premierships. 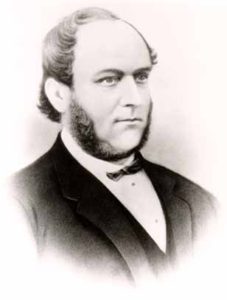 Born in Roscommon, Ireland in 1824, Michael O’Grady was a businessman, politician and prominent Roman Catholic community leader. He lived in Glenferrie Road, just south of Riversdale Road. He was Chairman of the Boroondara District Roads Board in 1858, then topped the election poll for the first Hawthorn Municipal elections in 1860, serving twice as Mayor. Seen as a man of ability and integrity he was petitioned to stand for election as MLA for South Bourke, representing it from 1861-1868. He served as Vice President of the Board of Land and Works and was a member of the Education Board. He facilitated the first free Hawthorn lending library in Burwood Road and was made a Knight of Gregory the Great by the Pope in 1871 for his services to Education, charity and the Catholic church. He died suddenly at the age of 51 at his home Erinagh in Hawthorn. A beautiful stained-glass window is dedicated to him in the Immaculate Conception Church in Burwood Road. His funeral in January 1876 drew a large crowd and local shops were closed as the funeral procession made its way to Boroondara (Kew) Cemetery.